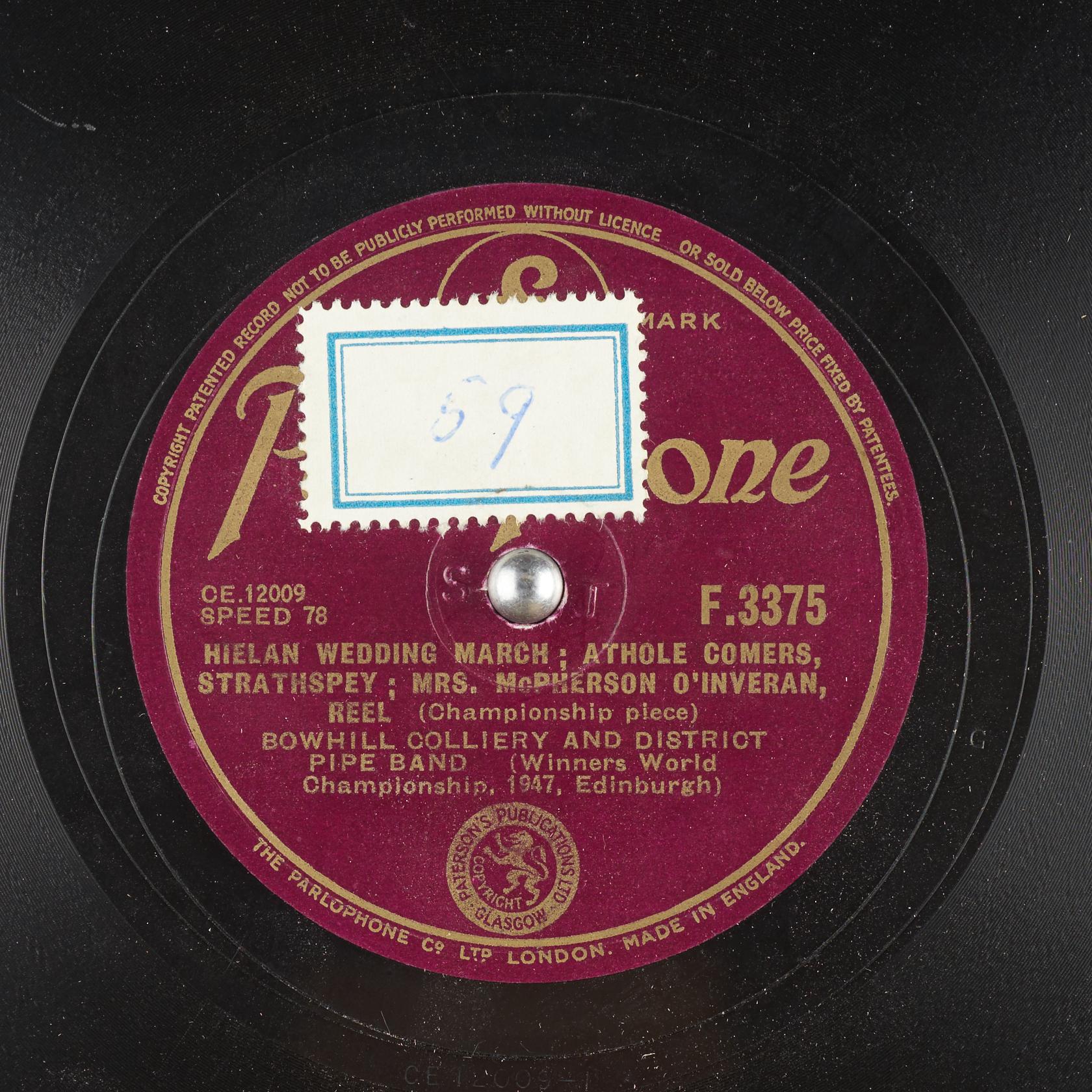 The recording on the other side of this disc: PORT ASCAIG, MARCH; JOHN McCOLLS FAREWELL, MARCH; MIDLOTHIAN PIPE BAND, MARCH.